It’s been awhile since I have written to you. I apologize. Thanks for your own ongoing emails and your gracious response to my tardiness. Thanks too for expressing your appreciation for our ongoing dialogue. I like it too.

During your last email you mentioned seeing some different approaches to risk-management from folks working in health care during the process of “reopening” that’s underway in Manitoba. You went on to say:

“Risk tolerances are so personal for people and it pushes buttons when we aren’t comfortable with the same things – and we are not great about talking about it. Then you add to that the reality of work settings where people rely on each other to get things done and have different priorities sometimes heavily influenced by those tolerances. I’ve found myself frustrated by the inability of others to figure it out, to talk about it, but I know – if it was easy – they would have done so. I am wondering how best to support people to have these conversations with each other. Any tips most gratefully received”.

I want to respond to your request for tips on how best to support others to talk about what they need to talk about (versus either having the conversation for them or simply ignoring their differences and tensions). I want to do so in three parts.

Firstly, I will present a conversational guide intended to support you in supporting others. Secondly, I will talk about the importance of the spirit behind the guide (which is arguably actually more important than the guide itself). Thirdly, I will share a few examples from my own life.

So, what are the basic steps that you, as a leader, can follow to help people engage in conversation that actually moves the needle on mutual understanding rather than fueling further frustration or antagonism?

Here are six steps to help with that task:

Notice how every aspect of this model puts you, as leader, in the role – firstly – of empowering listener rather than directive talker.

Examples (for your own setting):

B) The Spirit Behind the Tool:

I have already mentioned the degree to which the above is rooted in a practice of listening. This listening, while manifesting in the use of tools such as paraphrasing and probing, must itself be grounded in something deeper. It must be driven by a spirit of genuine curiousity about the other. It must emerge from a conviction that s/he is resourceful; that s/he does have the capacity to “figure it out”, as you put it.

The fact that s/he may need varying degrees of help to get there also calls forth, from the leader, patience and what contemplative author Pema Chodron calls “clear-seeing kindness”. You see and appreciate the person for what they are in all their brilliance and confusion, gifts and warts, strengths and limitations alike and by so doing help them tap into this same quality of openness, including – ideally – in relation to the person they are frustrated with.

Another way of expressing what is needed to “coach others up” can be drawn from the work of writer, Ian McEwan. In his novel, Atonement, McEwan depicts a young author’s excitement at discovering a world beyond simplistic portrayals of good versus evil.

She (realized she) could write the scene…from three points of view; her excitement was in the prospect of freedom, of being delivered from the cumbrous struggle between good and bad, heroes and villains. None of these three (characters) was bad, nor were they particularly good. She need not judge. There did not have to be a moral. She need only show separate minds, as alive as her own, struggling with the idea that other minds were equally alive. It wasn’t only wickedness and scheming that made people unhappy, it was confusion and misunderstanding; above all, it was the failure to grasp the simple truth that other people are as real as you (p.40).

A core task of the leader as coach, then, is that of helping the coachee to recognize the reality of “separate minds…equally alive” and “the simple truth that other people are as real as you”.

How not to do it:

I recently was witness to a conversation between my wife and an educational professional. My spouse sought to spark a two-way discussion on how we and Mr. Jones could partner to support our 12-year old. What she got, instead, was a one-way monologue. Mr. Jones was so full of expertise that it left no room for effective coaching much less genuine dialogue. Indeed, I quickly recognized the cadence of his pep talk; he was going into “presentation” mode. I recognized it because I’d recently seen him give a public talk, but what had been quite impressive in that context was simply not helpful here. Although I have zero doubt that he meant well, his engagement as directive talker (rather than conversation partner) missed the mark.

By contrast – in dealing with a recent health issue – I initiated two separate phone calls with a nurse and doctor. Both of these professionals were brilliant. No, really, they were. What made them so was, on one level, the simplest of things. Despite the fact that their expertise was never in doubt, the piece that stood out most was their orientation to connected, compassionate listening. Both seemed totally focused on what I was saying.

For example, I was invited – first – to pose my questions and raise my concerns. That was followed by active listening to sharpen mutual understanding. Then I was allowed to talk even more – “free range” style – about my own hopes and to reflect on the choices I had. Both of them concluded by helping me prepare for and understand the steps ahead. Then they committed to follow-up, the nurse by email, which came one day later as promised, and the doctor in a next appointment scheduled for June 11th.

I found myself feeling empowered by both conversations as well as gratitude for the effort and time taken to prep me for what might otherwise seem more scary, daunting or overwhelming but – above all – for their apparent personal care for me.

I wish you this same spirit of engaged, clear-seeing and loving presence, as you draw on these tools to support your own people to take the steps and have the conversations they need to. 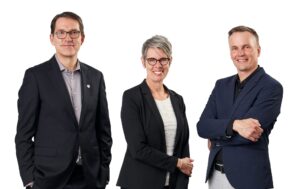